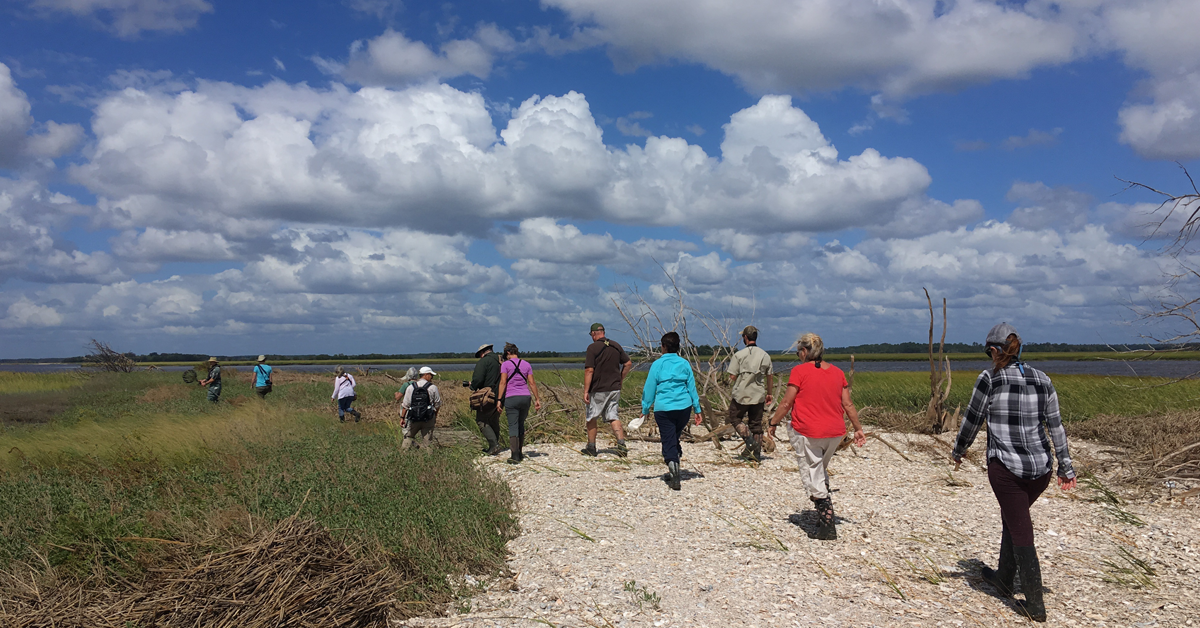 Throughout the year, a wide variety of fascinating natural, environmental, historical, and cultural programs and activities are offered at your Charleston County Parks. Our staff of professional naturalists and historical educators lead year-round programs, from bird walks to coastal exploration to the discussion of the Lowcountry from a historical perspective.

Our professional naturalists and historical educators can also arrange an adventure especially for your organized group. Your guide knows the park’s natural and historical resources extremely well and is specially trained to deliver programs in an outdoor environment.

The Golden Silk Spider (Nephila clavipes) is a common sight along forest edges, trails and Lowcountry backyards during late summer. Despite their intimidating appearance and size, they are not considered dangerous to humans, generally only biting when trapped and held. They instead reserve their bite for prey of various sizes from insects to small vertebrates such as bats.

If you look carefully, you are likely to find multiple kleptoparasites in its web, small spiders that seek to steal bits of food when the time is right. It is thought that Golden Silk Spiders eat their prey more quickly than other orb building spiders to reduce the amount of food lost to these 8-legged thieves.

Golden Silk Spiders have interesting connections to local cultural history as well. Dr. Burt Wilder, Cornell University neuroscientist and naturalist, collected them to harvest their silk when he was stationed at the McLeod House (now McLeod Plantation Historic Site) in the spring of 1865, while serving as assistant surgeon of the Massachusetts 55th Colored Troops Volunteer Infantry.

Dr. Wilder was the first to scientifically describe the species, which was initially named after him as Nephila wilderi. His goal was to cultivate a replacement for sea island cotton as a cash crop. Dr. Wilder later wrote a children’s allegory about the trans-Atlantic slave trade and slavery from the perspective of a female Golden Silk Spider called Memoirs of a Cripple.